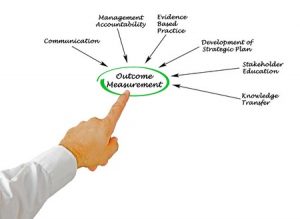 Acupuncture is so new to this country we find there are still a lot of misconceptions about what it is.

Many people don’t yet know that acupuncture is:

Acupuncturists are highly educated and trained

As a news story, acupuncture made quite a splash. As the story goes, traveling with Nixon’s first visit to China in 1971, New York Times reporter James Reston had to have emergency surgery. His anesthesia was delivered via acupuncture needles, not drugs, and he didn’t feel a thing! Quite a dazzling notion that conjures up all kinds of possibilities, doesn’t it?

Medical researchers didn’t waste time testing hypotheses, and by the late ’70’s research was building. Numerous theories about how it works and what medical conditions it can help have been paid for with real, highly competitive research dollars.

Fast forward to the 21st century: there is now a body of research from Europe, where it is part of the national healthcare systems and the U.S. Topics range from figuring out its benefits in our healthcare system, how it works within the body, cost-savings impact on health care and other policy issues. Most large insurance carriers cover acupuncture, and the military is using acupuncture to treat a spectrum of issues that center around post traumatic stress disorder (PTSD). As a side note, looking at acupuncture to understand its effects has highlighted some areas of anatomy and physiology previously misunderstood about the human body, most notably using functional MRI’s to map the brain.

Acupuncture is a unique treatment option because it elicits a response in the local and distal tissue of the body, and the systems. The acupuncturist is trained to observe, ask questions, and arrive at a diagnosis based on pattern differentiation (where you land on a spectrum of health). He or she also determines how strong the treatment should be to direct subtle internal movement that gradually nudges the body systems towards functional health. Because acupuncture treatment affects the whole body, a common side effect is a general feeling of greater well-being.

Acupuncture is gaining in popularity because many people have tried it and found it worked for them, despite the caution from conventional medicine. The two are not at odds, however, because they truly work together very well.

Sign up to get email updates and to hear what's going on with our company. No spam, promise