We need to lay out an overview of the nervous system’s functions before moving on to our series on stress, anxiety and depression and what you can do to find real and long-lasting relief.

The nervous system functions as the body’s communication system, the superhighway of a vast network of nerves that connect in a series of electro-chemical reactions, often referred to as “impulses.” The nervous system allows the myriad biological functions of the body to work together smoothly. Without the nervous system, we would not be able to move, think, smell, see, hear, feel, or taste. We would be no different then a tree.

The nervous system has far-reaching effects, connecting systems and maintaining specific physiologic functions through its gathering and sending of data. From the subtle signaling of the endocrine system’s hormones, to the inflammatory and immune response systems, to moving your arm, to taking in a sensory experience and deciphering it, to digesting a meal- these actions are all possible because the nervous system is intact.

The CNS is the processing center, located in the brain and the spinal cord, where information from all areas of the body and the external environment is received, interpreted, and responded to, sending out signals where needed.

The PNS is made up of nerves that connect the CNS to receptors, muscles, and glands. The PNS is basically the hard wiring that connects every muscle, organ, and gland to the CNS. Just like your electrical appliances need to be connected to its power source with wires, the PNS needs nerves to conduct the impulses from brain to its target cells.

CNS, PNS, and further divisions of the PNS:
1. Central nervous system (CNS) → The brain and the spinal cord
The brain is a complex organ, containing billions of neurons and is the main control center for the entire body
The spinal cord, protected by the vertebral column, is a relay center for sensory and motor impulses to and from all areas of the body 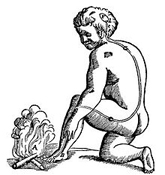 The efferent system has two subdivisions of activity:
i. The somatic nervous system sends signals to skeletal muscles only, which are under voluntary control; think about reaching for the salt at dinner.
ii. The autonomic nervous system sends signals to smooth muscles, cardiac muscle, and glands, which are under involuntary control; think about breathing, which you don’t think about much.

The autonomic nervous system has two branches, the Sympathetic (“fight or flight”) Nervous System and the Parasympathetic (“rest and digest”) Nervous System. These two branches work together to stimulate and inhibit the organs of digestion and assimilation. The Parasympathetic and Sympathetic are designed to balance each other out, slowing down or speeding up organ functions as needed. In the case of stress, something most of us feel in the course of a day, this balance can go awry, giving rise to medical complaints, such as digestive or respiratory difficulties, headaches, insomnia, or anxiety.

There are several, overlapping theories medical science has tested to explain how and why acupuncture works. It has been established through research that acupuncture affects the nervous system. For example, chronic pain can be an indication something is wrong along a musculoskeletal pathway in the nervous system, and randomly controlled trials demonstrate the ability of acupuncture to reset the neural pathways, effectively eliminating the pain. Research on acupuncture’s effect on the nervous system is ongoing, as science continues to map the brain.

From our perspective at Mountaintop Acupuncture, keeping the nervous system healthy is important and it’s achievable. Establishing regularity in one’s daily habits, which include some form of exercise, eating well, meditating to practice breathing correctly, sleeping soundly, challenging the mind and resting the mind will tone the nervous system so that it responds appropriately when the true call for alarm arises.